Drupal 8 release is coming this week, bringing some exciting times to our #Drupal8 optimised hosting in Australia!

Earlier this month, we did production stress test of Drupal 8 RC2 to estimate if our High-Performance VPS hosting platform is ready for Drupal 8. As the result of previous benchmarks, we applied additional fine tuning to boost Drupal 8 front-end performance and these 2 benchmarks could be reviewed as Making Drupal 8 Fly and Drupal 7.41 vs Drupal 8 RC2 Benchmarking Analysis.

The outcome of our past benchmarks was that Drupal 7 outperformed Drupal 8 2x times in production-ready environment, tests performed in our CloudVPS with 8CPUs and 8GB of RAM, CentOS 7.

As in previous tests, we used http://loader.io and set our 1-minute test to send 1200 clients every second to the test Cloud VPS. The outcome of the test was quite amazing, showing PHP 7RC6 outperforming HHVM 3.9 quite noticeably.

Important to note, all tests hit HTTPS (SSL) version of the website. Nginx 1.9.5 was configured to use HTTP/2 module, allowing to serve all page assets in a single connection.

The Cloud VPS runs in #xenserver 6.5 clusters as PV guest. HVM PV guests show additional performance improvements of up to 25%.

In this test, we use Apache as the web server, Nginx as the reverse proxy to cache static files and PHP 7 (via PHP-FPM) as the engine. 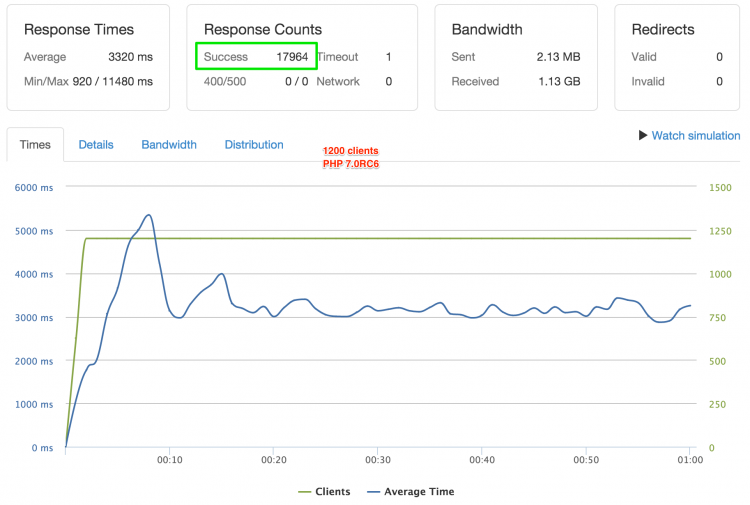 In our previous test (Making Drupal 8 Fly), this same setup (but using HHVM) was maxing out at 13542 responses received (the test stopped counting responses strictly at 1 minute 00 seconds since the test start) and the average response time was 4426ms. As you see in the picture above, PHP7 was able to outperform HHVM by serving 32.7% more responses in 33.3% less average response time.

In this test we configured Nginx to be the web server, turning Apache off. Nginx was configured to serve static files directly and pass PHP requests to PHP-FPM service.

With Nginx as the web server, you can see a slight increase in the number of responses received during the 1-minute test (about 2% increase), with a slight decrease in the average response time (about 5%). 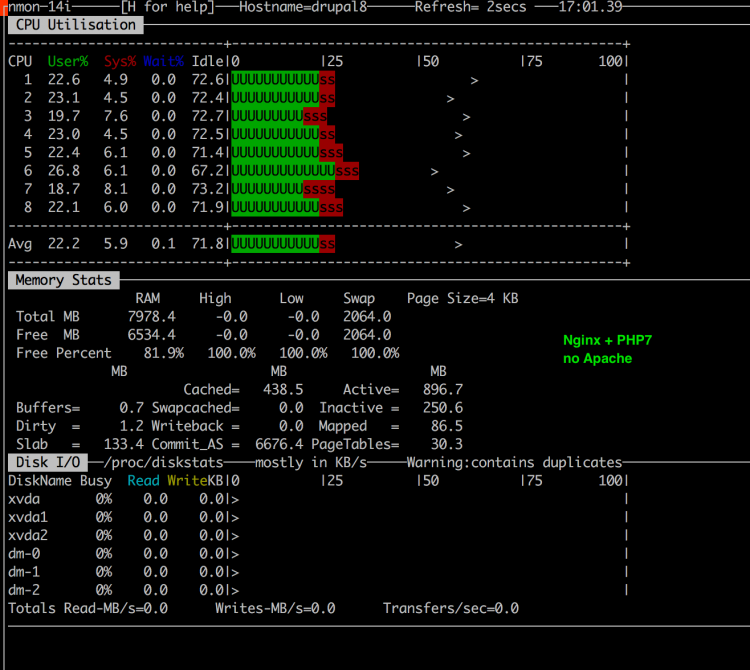 Server resources utilisation with Nginx as the web server (Apache off) in the middle of the stress test.

No surprise, our good friend Apache was nearly taking the server down during our previous tests, with 100% CPU utilisation (check previous test page for the screenshot).

In this stress test, we configured Nginx to be the web server, turning Apache off. Nginx was configured to serve static files directly and pass PHP requests to HHVM service. 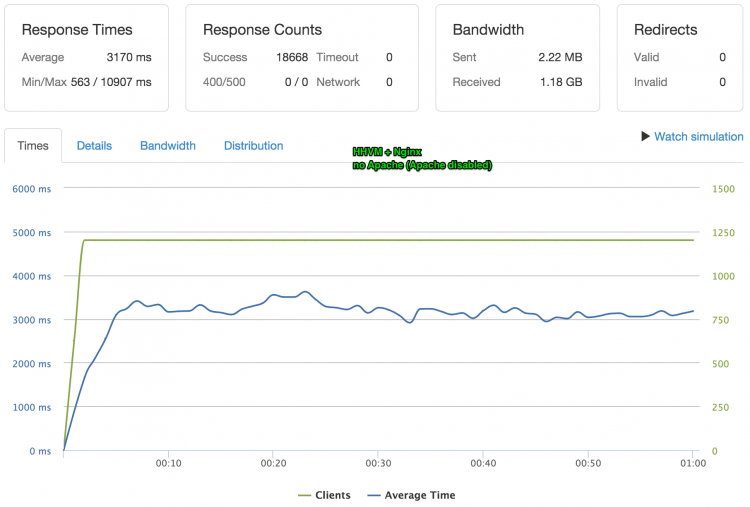 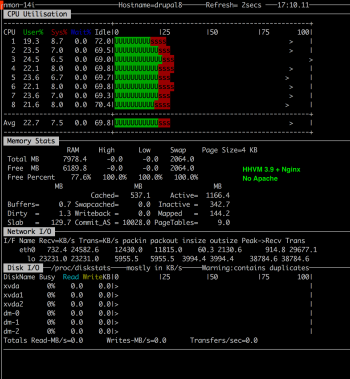 nmon resources utilisation in the middle of the Stress Test 3 (Nginx + HHVM). 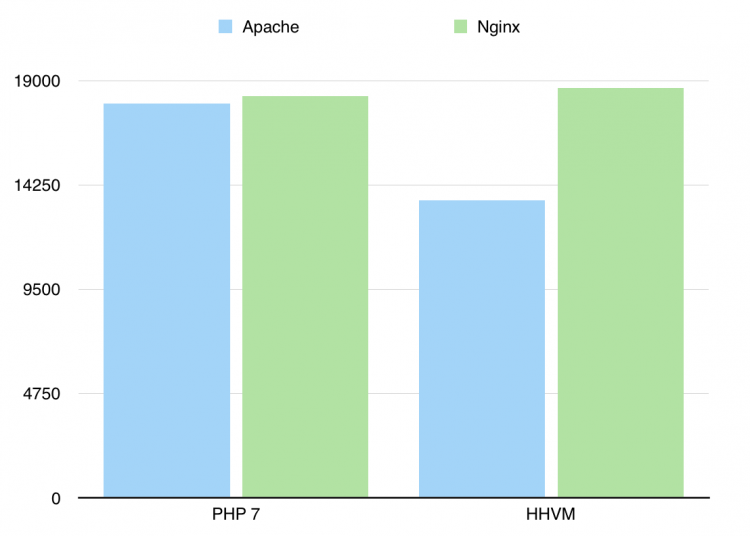 For a limited time and to promote Drupal 8, we introduce an unconditional A$10/mo discount for our 8×8 CloudVPS used in this Stress Test for anyone. Signup today and enjoy the fast Drupal 8.

All Cloud VPS plans come with the Risk-Free 30 days money back guarantee and 99.9% Uptime SLA!